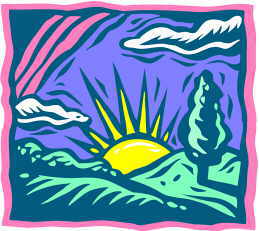 Plant in Cancer, Scorpio and Pisces; but, if not convenient, choose Taurus, Capricorn, Libra, Sagittarius, Aquarius or Aries, in the order named.

Dig root crops for seed in the third quarter of the Moon; they will keep longer and are usually drier and better. Grain intended for future use or seed should be harvested at the New of the Moon.

Potatoes, artichokes & garden vegetables are best planted when the Moon is in Cancer, Scorpio, Pisces & Taurus.

Never dig potatoes when the Moon is in the water signs or they will sweat, sprout & rot.

Do your grafting between the New and the Full Moon & while she is passing the fruitful, movable, watery signs. If not convenient, choose a day when the Moon is passing through the movable earth sign Capricorn, and increasing in light.

If weeds, bushes & noxious growths are destroyed in a barren sign, & in the Old of the, Moon & when she is setting, they will disappear.

Pick apples & pears in Full Moon & bruised spots will dry up; if picked in the New Moon, spots will rot.

Never plant in barren signs as they are said to be good only for destroying weeds.

Gardeners who plot their planting according to the phases of the moon are not part of the lunatic fringe. It's no secret that the moon's gravitational forces, cyclical though they are, exert a powerful pull upon earthly bodies of water, from the rising and falling tides of the sea, to the ebb and flow of water and nutrients through every leaf, flower, and stem of a plant.

Moon gardeners believe plants do better when set out at the right time. The phase of the moon determines whether energy and nutrients are directed above or below ground.

Accordingly, proponents of moon gardening believe that there are optimal times in the lunar cycle to sow seeds, transplant, fertilize, take cuttings, and pull weeds. At its simplest level, the idea is to use the waxing moon, from the new moon to the full moon, to put in plants with lots of aboveground growth, fruits, and flowers. Increasing gravitational forces are believed to draw nutrients upward, like a rising tide.

As the moon wanes, from the full moon to the last quarter, plant anything that requires a large root network or underground storage system--like bulbs, tubers, biennials, and many perennials. As the gravitational forces decline, liquids are said to retreat to the lower parts of plants. During the last phase of the moon, from the last quarter to the new moon, don't plant anything. Instead, pull weeds; those plucked at this time are considered less likely to regrow.

Why not draw your own conclusion? Grow a variety of seeds, bulbs, and transplants started under optimal lunar conditions alongside the same variety of plants begun in the wrong phase of the lunar cycle, and compare the results. You just might learn there's a reason the full moon in May is often called the Flower Moon.